Mens rights activists have been coming up with novel ways to highlight issues faced by men. One such really creative event was organized at 8th Mens Rights India Meet Hyderabad. A cricket match with the theme of matrimonial laws was organised. The rules of this cricket match were all twisted and renamed as per the twisted rules used for denying justice to men in India. It has completely bowled me over. Some of the interesting rules and nomenclature of this cricket match are as follows

One of the team was called ATM Husbands and other was 498a accused Husbnds. (As husband as per current matrimonial laws is nothing but a source of money for the wife)

The bowling side was called as complainant.

First over was named as “Honeymoon over” and the last over was called “Alimony over”.

The bowler was called complainant and balls in an over were termed as allegations.

A no ball was called as “no allegation” and umpire had to penalize it by giving the complainant a choice to throw better allegation.

A wide ball was termed as a “wild allegation” and had to be corrected by a proper allegation. (The way even weak base less allegations of women are often accepted by the authorities and she is even helped to improve her version)

5th over was called “LBW”(Laws By Wife) over.

I could also get some photos of the event for my readers.

The above rule and photo graph is especially relevant by the fact that no matter how good evidence the male trapped in fake cases produces he is still penalised someway or the other. 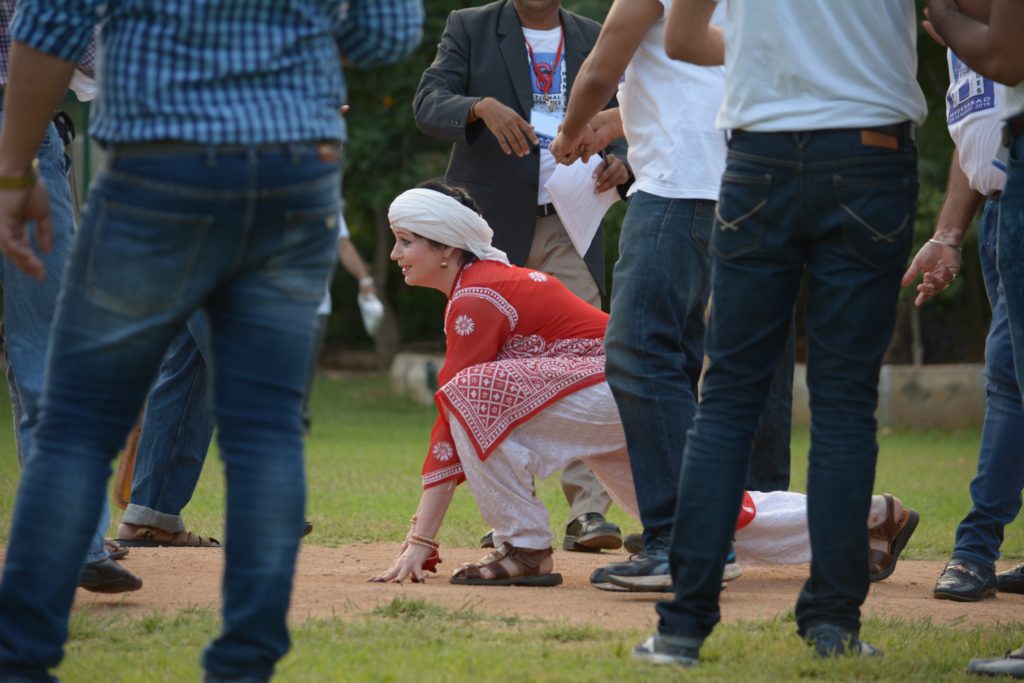 A female bowler getting ready to use the 5th over provisions “Laws By Wife”.

For those who want to know the other rules of the match following is the image of rules for the game.

• Teams: 498A Husbands vs ATM (Any Time Maintenance) Husbands
• Batting side is called Accused Team (Line-up A1,A2..A11)
• Fielding side is called Complainant Team (Line-up LW1, LW2..LW11)
• Batsmen shall not be allowed to have padding or protection
• The bowlers have to compulsorily wear pads and other protection according to rules of positive discrimination.
• Each innings shall have 6 overs
• Each over shall have 6 allegations (balls)
• A No-Allegation(No Ball) is strictly prohibited. In case of a No-Allegation ball, bowler is ‘penalized’ with a choice of allegations.
• A Wild Allegation (Wide ball) can quickly be corrected by another ‘proper’ allegation. Umpire can coach the bowler on how to bowl a ‘proper’ allegation. Also a Wild Allegation gets the bowler a maintenance of 6 Runs
• Runs are made by running between lower court crease and high court crease.
• If a batsman hits a boundary (4 or 6), umpire shall make the batsmen run compulsorily between lower court to high court as many times as runs were awarded.
• Two batsmen shall be compulsorily declared ‘OUT’ within one over using rules of ‘positive discrimination’.
• For declaring defendant (batsman) ‘OUT’: Umpire shall remove ‘BAIL’ symbolically as Cancellation of Bail from the wickets
• Umpires: lower umpire, Appeals to higher umpire, third umpire is the spectator(s)
• Final decision of umpire to grant ‘6’ under RCR(Restitution of Conjugal Rights) rules or declared ‘OUT’ under the Rules of Divorce
• The First Over is called the Honeymoon over, the last Over is called the Alimony over.
• Power play: Family court rules- (3rd & and 4th overs) batsmen shall be tied up and asked to play
• Easy play: lbw –laws-by-wife (5th over)
• Tie is called settlement
• Win is called acquittal
• SCORE shall be recorded on a CHARGESHEET

Hope MRA’s keep on coming up with such remarkable ways to highlight and address issues of men and more power to them.